VOLKSWAGEN PASSAT NAMED USED CAR OF THE YEAR BY WHAT CAR? 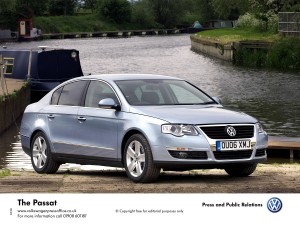 Volkswagen has been honoured with two class victories and the Passat has been named overall Used Car of the Year by What Car? magazine.

The What Car? Used Car of the Year judging panel was made up of experts from all areas of the motor industry including car dealerships, auction houses and experts from What Car?

The Passat impressed the judges with its mix of value for money, reliability, driver involvement and high levels of comfort and safety features.

The Golf GTI was considered to be all things to all men; blending the practicality of a five seat hatchback with performance from the 2.0-litre 200 PS engine and high levels of equipment.

John French, National Used Car Manager for Volkswagen UK commented: ‘We are extremely proud to receive these awards from What Car? magazine. To win two categories and the overall title in such a competitive marketplace is fantastic and will be a real boost to our Retailer network.’

French continued: ‘It is also great to see so many other Volkswagen models included in the category shortlists. It is a real credit to Volkswagen’s consistent focus on build quality and reliability that we have so many models represented and they are perform so strongly.’

It’s not only the products which make Volkswagen a good used buy. Volkswagen also offers the Approved Used Programme, which allows customers to buy with complete peace of mind. All cars are sold with a multipoint check, history checks, up to 12 month’s warranty and breakdown assistance and a 30 day exchange plan.